While the Scott Pilgrim universe has primarily a video game influence, the graphic novel tends to reference anime and manga as well. 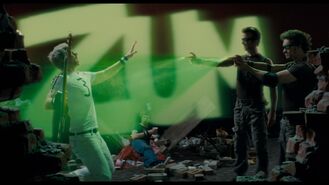 The Deveganizing Ray in the movie. 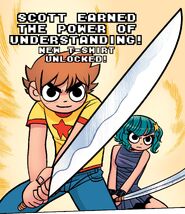 The Power of Understanding.
Add a photo to this gallery

Retrieved from "https://scottpilgrim.fandom.com/wiki/Anime_and_Manga_References?oldid=28548"
Community content is available under CC-BY-SA unless otherwise noted.