The Dream Desert is a common manifestation of Scott Pilgrim's Mind Subspace. It appears during Scott's dreams and death. Scott sees Ramona skating (an impossibility on sand) toward him while saying, "Alone. So Alone ..." Ramona tells him he is having an idiotic dream, to which he replies, "Does that mean we can make out?" Ramona was most likely using Scott's mind to deliver packages to people around Toronto, his brain having a Subspace Highway. Scott also dreams about this desert when Ramona has left him, and he says that he is alone, but the cactus next to him says "You're not alone". Shortly thereafter, Scott wakes up to find Stephen Stills next to whom he had been sleeping. After Scott dies, he is alone in the Dream Desert until Ramona comes up behind him and tells him the history of how she and Gideon got together. In the movie, she also shows him Gideon's microchip that he used to control her. 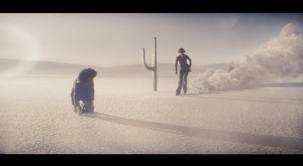 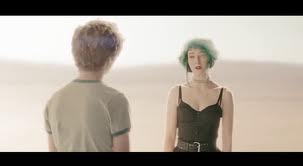