Scott Pilgrim vs. The World
Lucas Lee is Ramona Flowers' second evil ex and the final boss of the second book, Scott Pilgrim vs. the World. Lucas is a skateboarder turned sell-out actor who is shown as the star in a number of cheesy action movies, only having one movie that was deemed "kind-of good", called Let's Hope There's a Heaven and an upcoming romantic comedy called You Just Don't Exist with Winifred Hailey. He is the primary antagonist of Volume 2, although Scott Pilgrim repeatedly confuses him with Lucas "Crash" Wilson of Crash and the Boys and the real-life actor Luke Wilson from Bottle Rocket. His name is a reference to Jason Lee, a real life pro skateboarder turned actor.

Ramona and Lucas Lee started dating during their freshman year in high school together. Around that time Lucas Lee was, according to Ramona, a "whiny little greasy-haired skater." Prior to the relationship Lucas followed Ramona around and constantly asked to go out with her. Eventually Ramona said okay and the two went out for a short while.

Although Lucas Lee claims he was an important figure in Ramona's past, he lacks any real relevance in Ramona's life; According to Ramona, all they really did was sit together on a street curb and smoke. At some point in the relationship Ramona cheated on and left him for the "first cocky pretty boy" that came by (Ramona's third evil ex-boyfriend, Todd Ingram).

Scott goes to Casa Loma with Wallace Wells to fight Lucas.  However, when he gets there, Scott gets nervous being next to a movie star.  When Lucas finds out who Scott is, he attacks him whilst Scott (now starstruck) simply asks for his autograph.  Lucas then swings Scott into the side of the Casa Loma building, rendering Scott unconscious.

When Scott comes to, Lucas offers Scott a short break and Scott accepts. Scott and Lucas talk about their movie and Lucas and Ramona's relationship, and Lucas tearfully reveals that Ramona cheated on him. Lucas then makes an offer to Scott, saying he'll tell Gideon that Scott defeated him if Scott gives Lucas all of his money.  Scott refuses and tells Lucas that he's a sellout.

Scott outsmarts Lucas by asking him to demonstrate a skateboard trick. After he accepts Scott's request, Lucas skateboards down a long rail. As he grinds down the rail, he accelerates too quickly and disintegrates as he hits the ground, leaving behind coins and a Mithril Skateboard that Scott cannot even touch due to a lack of "Skateboard Proficiency" (It's later revealed that he instead took "Longsword Proficiency"). The skateboard itself disappears soon after. Scott complains because he didn't get Lucas' autograph and because Lucas left behind over $14 in change.

Although he is a talented skateboarder and actor, he has no known special powers. One can argue he has abnormal super-strength, as he tossed Scott 5 stories up into Casa Loma's tower, and enhanced balance, as he nearly clears the grind he's challenged to, but most seem to be capable of these things.  He is very strong and the only member of the League to single-handedly beat up Scott to the point of knocking him out without the use of powers (though it is arguable that Ken and Kyle did such, though they do not render him unconscious as Lucas did).

While people getting knocked flying or into the air by kicks and punches is normal in Scott's world, Lucas' strength exceeds all and this may be his power.  The others have powers that are more or less non-physical (ex. pyrokinesis, veganism) which is why it seems he does not have one.

Lucas states that the League of Evil Exes almost did not recruit him. This may be because he has no obvious special powers like the other evil exes. This may also be because Lucas seems the least "evil" of all of them, as he takes a somewhat cordial attitude towards Scott.

Despite the rugged apperance, smoking, and being one of Ramona's Evil Exes, Lucas seems to be a decent guy who just never got past the breakup. After punching Scott in the head and tossing him into the upper stories of Casa Loma, he offers to take a break with some baby carrots, Gatorade, and Ritz crackers from his cooler. He also cries when talking about how Ramona cheated on him, but insists he's "super tough and cool". He is also a total sell-out as he's willing to let Scott bypass their fight by handing over all his money, but has some level of pride when challenged by Scott to grind the rail leading down from Casa Loma, causing his own demise.

In the movie version, Lucas is much more of a traditional bad guy, who doesn't give Scott a break or talk to him about Ramona. He is both arrogant and condescending towards Scott and is not afraid to pull dirty tricks, such as using his stunt doubles to fight Scott, or pretending to offer Scott a break only to beat him up further, the only sign of his comic book counterpart's cordial attitude is him asking Ramona how she's been, and saying that Scott seems nice.

Lucas is played by Chris Evans whose previous works include roles in Fantastic 4 and Captain America. Because his defeat is short in the book's fight, Scott must defeat nine stunt doubles of Lucas (one of them is played by Reuben Langdon, who voices Dante from Devil May Cry, Ken Masters from Street Fighter, and Chris Redfield from Resident Evil) before the skating dare. Wallace Wells has been stalking Lucas, and can be seen watching one of his movies on television when Scott first learns about him. In addition to acting, Lucas Lee also owns a skateboarding company. A small '2' is visible on his neck. There was also a Lucas Lee movie poster on the bus Ramona and Scott rode, for a film called Action Doctor. Lucas acts more antagonistic and is not nice in the least to Scott Pilgrim (except when he tells Ramona that Scott "seems nice"). When Scott goads Lucas into performing a "grindy-thingy" on the icy rails, he ends up reaching a speed 309kph (192 mph), and explodes upon impact at the bottom. Scott beams at his success, but them immediately curses himself for not getting Lucas' autograph. 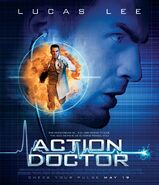 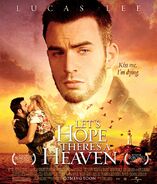 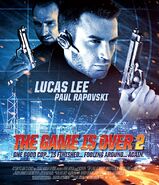 The Game Is Over 2 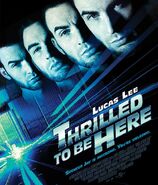 Thrilled To Be Here 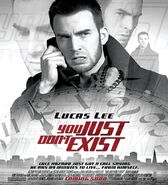 You Just Don't Exist, the movie being filmed during volume 2. 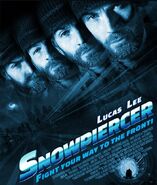 Lucas is the second boss to fight who has about 232 HP and is fought in World 2. He starts out mostly avoiding you though will try to hit you with some punches if you get too close. Eventually some of his skateboarders will join the battle and leave behind skateboards when they are knocked off them. If Lucas succeeds in grabbing a skateboard, he uses it as a weapon against you and becomes much more formidable. He can also skateboard around the field, slamming into the player in the process. Added with the other skateboarders this can become a frustrating battle real fast. It's recommended you be at least at Lvl 9 by this point and use a lot of jumping moves if you can.

Even though Lucas is very hard to catch as he glides around, one hit will knock him off and break the skateboard. Once defeated he'll try to run and skate down a railing as he does in the book, only to explode into coins once hitting the ground and leave behind the skateboard item. The rail in the game is obviously shorter than in the comic, which makes his death that much more humiliating and funny to watch. Just as in the books, the skateboard cannot be used and will disappear before the player can touch it. If there are more players in the battle, the paparazzi enemies will join the fight to stun the player, making Lucas' attacks more serious.

For a brief moment in World 1, an advertisement for one of Lucas's movies can be seen on a bus.

A chase sequence on skateboards was discussed for after the fight against Lucas, but as it required new animations for every character, the idea was scrapped.[1]

Lucas Lee! You're needed on Stage 2!