The game is in the form of a 2D arcade side-scrolling beat-'em-up where up to 4 players, offline or online, are able to team up to fight Ramona's evil exes. The art and design for the characters and levels has been developed by Paul Robertson, the animator who gave us Pirate Baby's Cabana Street Fight 2006 and Kings of Power 4 Billion%. Bryan Lee O'Malley met with Paul Robertson and the pair discussed a variety of issues before any attempts were made to do anything. The game has been integrated with the style of the comic as well as paying tribute to a variety of other video games including Double Dragon, Mega Man, Mario, and Guitar Hero, and is said to be highly influenced by River City Ransom.

Loosely following the plot of the graphic novels, up to four players can play as Scott, Ramona, Kim or Stills (or also unlockable character Nega Scott and downloadable characters Knives and Wallace), who must battle through several levels in order to defeat Ramona's seven evil exes.

Characters have their own individual move sets, which can be expanded upon by gaining enough experience, and are also able to use weapons and summon Knives to assist them (Each character has a different effect). During co-operative play, certain actions can be performed such as simultaneously taunting to defeat enemies or reviving fallen comrades before they lose a life. Defeating enemies earns coins (stylized Canadian currency) which can be spent on health items or attribute boosts. Players can also enter Subspace areas which act as bonus areas where extra coins can be earned. There are cheat codes that, when entered on the title screen, will unlock different features, including extra game modes Survival Horror and Boss Rush.

There are 7 levels in the game called Worlds, each one contains at least 2 sections and a boss battle at the end. The player(s) must reach the end and defeat the boss in order to complete the world.

The game was released on the PlayStation 3 in August 10th-11th, 2010 in North America and Europe respectively, and was then released on Xbox 360 in August 25th, 2010. The Knives Chau Add-On Pack, adding Knives as a playable character, two game modes (Dodgeball and Battle Royale), and a patch that added the option to drop in or drop out of gameplay was released on November 9th, 2010, the same day as the movie's DVD and Blu-ray release. A second DLC pack, which implements online multiplayer and adds Wallace Wells as a playable character, was released on PS3 on March 12th, 2013, and on the Xbox 360 the following day.

On December 30th, 2014, the game was delisted from the Xbox Live and PlayStation Store. The reason for this is likely due to the license expiring. Until late-2016, the game and its DLC could still be acquired by purchasing download codes from Best Buy's website, exclusively for the PS3 version.

On May 20th, 2020, during an academy-sponsored viewing of the Scott Pilgrim movie, O'Malley jokingly tweeted "bring back the Scott Pilgrim game", which had Ubisoft reply with a thinking emoji, vaguely hinting at a potential re-release.

On September 10th, 2020, during the Ubisoft Forward live stream event, Ubisoft announced a Complete Edition of the game for PlayStation 4, Xbox One, Nintendo Switch, Google Stadia, Amazon Luna and Microsoft Windows computers through Ubisoft Connect and the Epic Games Store, that will include both the Knives Chau and Wallace Wells add-on packs. The re-release was developed by Engine Software and was initially stated for a Holiday 2020 release, but was released worldwide on January 14th, 2021.

On January 8th, Limited Run Games announced a physical version of the re-release, with three editions:

Pre-orders became available for the PS4 and Switch version for a limited time on January 15th. As Microsoft's business model conflicts with that of Limited Run Games, a physical release for Xbox One was never made available.. 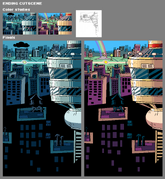 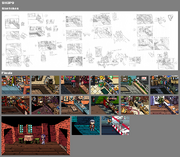 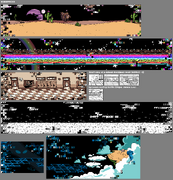 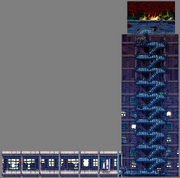 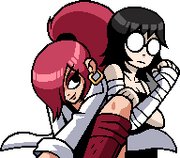 Art featured in the start menu of the game featuring most of the characters. 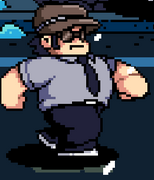 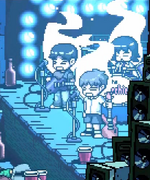 Crash and the Boys

Scott and the KO'd audience 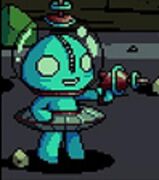 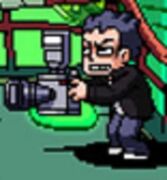 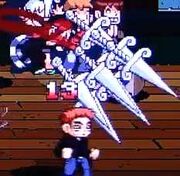 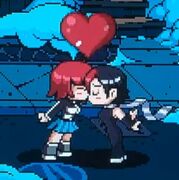 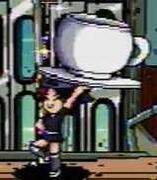 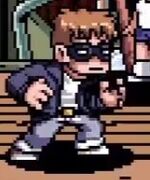 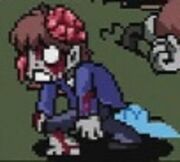 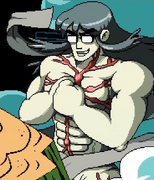 That's not a pretty sight (for Scott).

Scott is the Incredible Hulk!

Scott (and Ramona) of the Dead

I'm watching you, everyone.

How come HE'S in that car? He can't drive! 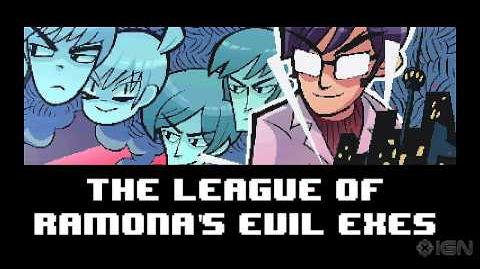 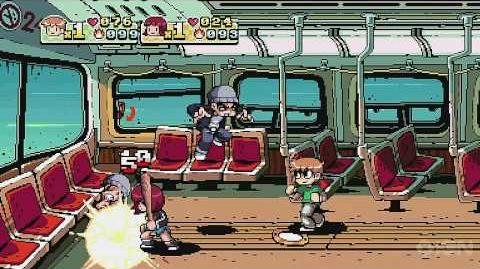 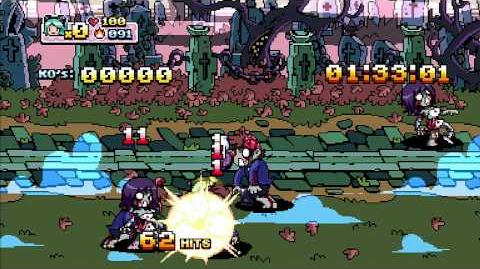 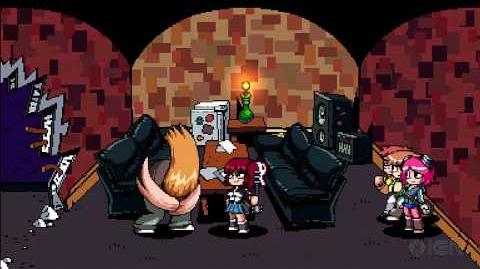 Scott Pilgrim vs. The World The Game Preview
IGN's preview of the game