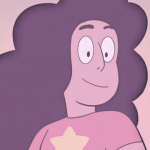 Hello! I'm Chanpuruuu (not really my name) and I'm a geeky Swedish 18-year-old. I've loved Scott Pilgrim ever since I was first introduced to the franchise in circa 2011, when I watched the movie, became obsessed, read the books and became even more obsessed. I am also a huge fan of many of the things referenced in Scott Pilgrim, such as the music of Neil Young and Stephen Stills, The Legend of Zelda (and video games in general) and manga/anime, just to name a few. I want to help make this wiki complete and contribute with the knowledge I possess. I'm kind of a perfectionist and I like to correct spelling mistakes. If I make one though, feel free to correct it, since English is not my first language.

Some of my favourite charactersEdit

Retrieved from "https://scottpilgrim.fandom.com/wiki/User:Chanpuruuu?oldid=27010"
Community content is available under CC-BY-SA unless otherwise noted.